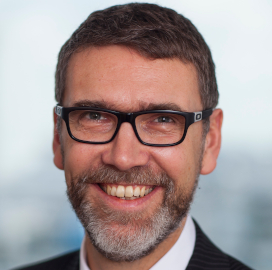 Dr. Stefan Brügmann LLM (Queen Mary College, London), MBA (Imperial College, London) joined Helaba in 2015 as General Counsel. In October 2019, he additionally took on the role of Head of HR. He started his career at Deutsche Bank and then joined the legal department of Vereins- und Westbank in Hamburg. From 2001, he acted as Deputy General Counsel of HSH Nordbank and its legal predecessor LB Kiel. In 2005, he was appointed Head of Human Resources and in 2010 General Counsel of HSH Nordbank. Stefan sits in a number of academic and professional advisory councils and heads the legal commission of the association of public sector banks in Germany.