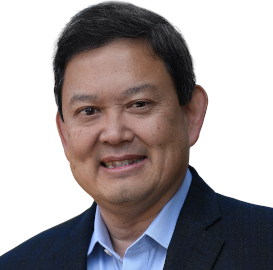 Alvin co-founded NetDocuments with his two partners in 1998. Alvin graduated in Computer Science and Statistics from BYU as a University Scholar and summa-cum-laude and pursued graduate studies in the MBA program and masters in Computer Science. He received the Outstanding Young Scientist award from the United Nations and was a co-founder of SoftSolutions until WordPerfect and Novell acquired the company.

At WordPerfect he served as Director of Strategic Planning for Groupware, and later as Chief Technology Officer for WordPerfect Corp. Alvin was a co-founder of the Open Document Management API (ODMA), and the Document Enabled Networking (DEN) industry consortium.

He served as one of the four Board Members of the OpenDoc group, with representatives from IBM, Apple Computers and Adobe. At Novell, Alvin was VP of Engineering for Java Technology and Vice President of the Advanced Technology Group, responsible for R&D, Novell Developers Kit, Java Virtual Machine, machine translation services, distributed technologies (including CORBA), Web Application Servers, RAD components, Netscape technologies, and Oracle services for Novell.

Alvin is a well-known technology and legal industry speaker. He was the original chief designer for Comprehensive Law Office (CLO), an accounting and time & billing system for Law Firms which is now with Aderant.