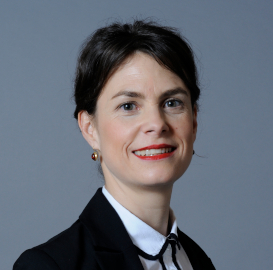 From 2013 to 2018, she was Group General Counsel of the Swiss Federal Railways. With her team of about 80 employees, she was responsible for the legal and compliance management of the Swiss Federal Railways. In 2004, Nora joined the real estate division of Swiss Federal Railways, one of the leading players in the country's real estate sector, as a lawyer. In 2006, she was appointed Deputy Head of Legal and Procurement for the real estate sector. She assumed overall responsibility for this legal and purchasing department in 2007 and became a member of the Executive Board of the real estate sector. In 2013, she was appointed Group General Counsel of the Swiss Federal Railways. In 2017, she completed an assignment at NOKIA. Before joining the Swiss Federal Railways, she worked at various courts and public prosecution offices and as an associate in a law firm. She studied at the University of Zurich and is admitted to all Swiss courts. She holds an Executive Master of European and International Business Law degree from the University of St. Gallen (Executive M.B.L.-HSG), the Negotiation Dynamics Program from INSEAD and the Leadership for Senior Executives Program from Harvard Business School. In 2015, she was elected to the Executive Board of the Institute of Law and Legal Practice of the University of St. Gallen (HSG). From 2017 to 2019, she was a member of the board of directors of an energy company. In 2019, she co-chaired the Swiss Host Committee of the Global Summit of Women. Nora Teuwsen founded Beyondlegal in 2019. Beyondlegal focuses on the visual and textual simplification of legal documents while taking user needs into account. Nora Teuwsen will join the Swiss law firm Bär & Karrer in January 2020 as a partner and member of the management team. In addition to the further development of the firm's strategic orientation, she will focus on advising legal and compliance departments on their vision and strategy in dealing with the challenges of innovation, digitization, and organization. She will support them in the implementation of appropriate measures, as well as, in legal management issues in general.