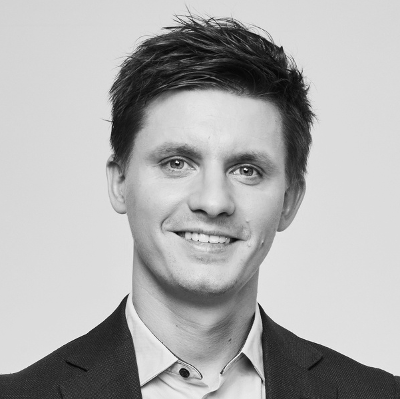 Smart contracts got a lot of hype. It was promised that they could replace banks, notaries and even the judicial system. Over time, it turned out that they can’t.
Excitement changed to caution. Technical limits, their security, and legal issues are getting more and more attention. For example, there’s a great summary of those in Jimmy Song’s article, The Truth about Smart Contracts[1] (which I really recommend).

At the same time, smart contracts are a great technology with serious potential. They can change the legal reality, the work of lawyers and the life of the business.
So, let’s see what they actually are, how useful they can be for the actual business and what they still can’t do. (To keep the article relatively short, I assume that everybody’s familiar with a general concept of smart contracts and myths related to them.)

What is Actually a Smart Contract

First of all, what is a smart contract?

If we look into the essence of the value delivered by the technology, a smart contract is simply a computer program designed to enhance the performance of legal obligations. As such, it may have two functions:

So a smart contract is not a contract at all. This is merely a method of automatic execution of the contractual terms by using a program.

And a smart contract is not smart at all. Smart contracts are a “smart” solution because there is no need for other party’s cooperation to perform their obligations. But there’s obviously not much of intelligence — smart contracts, at least their current generation, cannot decide or take into account, for example, true intentions of the parties. (There is still not much resemblance with Wall-E’s level of automation.)

And it’s okay. Neither can an ordinary contract. This job is left for mediators and judiciary system.

Smart contracts suffered a lot from marketing. The promises were to get rid of lawyers and judges, “the middleman” and every legal inefficiency. Obviously, when the promises were tested against the real cases, the results turned out to be disappointing. But still, there’s a huge value that that is already available.

Smart contracts are about making the obligation self-fulfilling and unambiguous.

A self-fulfilling term helps to depend less on the counterparties’ discretion and, frankly, their mood. It leaves them less chance not to pay, hide important facts or miss the deadline.

When discretion and personal participation in obligations can be taken away, a business gets significant extra benefits: more reliable cash flow, greater control over receivables and accounts payable for the business, fewer mistakes and less litigation in the future.

The litigation itself, if it the parties would have to face it, would be different to a large extent. Where the obligations are set out in computer code, there is no room for playing with interpretations. (Though straightforwardness of smart contacts may be a concern in some scenarios, still for most of the cases less ambiguity is definitely a feature rather than a bug.)

What does the value translate to?

Typical scenarios, we got used to, were based on blockchain hype. They’re usually associated with ICO or hypothetical use cases from cryptocurrency economy, where everybody has crypto coins on their hands and their exchange rate would not typically change by 10% overnight (this might be in future, but we’re not there yet).

The most obvious function of smart contracts is automating payments. As soon as it becomes possible to get digital data about a certain event, the related payment can be launched by a smart contract.

For example, payments under supply agreement against an agreed entry into ERP-system; lease with multiple flexible variables; letter of credit; guarantee; insurance; penalty provisions, etc. We engineered the supply of easily measurable utilities like electricity or water.

Naturally, to use fiat currencies (and not only crypto) you would need to ingrate a smart contract with a payer’s bank API. But this is in most cases feasible and there are already numerous similar projects — Barclays and Wave had already made the first letter of credit transaction by using smart contracts in 2016.[2] This was repeated by HSBC and Bank of America later.

There are endless scenarios where parties need to know about the other party’s performance. This information can be valuable on its own or as data for a smart contract algorithm.

Supply contracts can be enhanced by RFID for faster delivery acceptance and GPS-trackers for locating. Recording consumption, measuring assets physical parameters (temperature, acceleration, weight, etc.), defining their location is becoming the basis for automatic contract feedback (such as payment, approvals, notices and commands to IoT-devices).

With technologies becoming cheaper the offline world is shrinking. Things can not only provide information about themselves but also actively accept external commands.

In simpler scenarios, IOT-connected assets can reduce their functionality in case of contract violation. For example, a leased tractor after several defaulted payments and numerous notices may just refuse to start (which though happens from time to time even without internet).

This gives a better protection against asset-related contract violations.

Another important function that can be automated with smart contracts is making legally significant records and sending legal notices. As these may influence other obligations such as payments, delivery and so on, their timeliness may be critical. Records can be made into private systems like ERP (about a delivery for example). Potentially public registers may also become open for external updates (e.g. about the change of ownership), which can be carried out by smart contracts.

Smart contracts can become a solid foundation for internal corporate automation. Shareholders agreements with self-fulfilling options, deadlock resolution mechanisms and permanent monitoring of measurable obligations; internal regulations that are approved in the form of structured data mixed with snippets of code; automated articles of association and corporate resolutions — that all may become an integrated smart legal system for a company.

Most of the world is not yet absorbed by the blockchain matrix. It is not completely tokenized under a single standard. Neither cryptocurrencies are ready and needed to become the unified settlement tool. So how do we utilize legal automation?

Since blockchain currently works only with the internal data, it has to be connected to external information, banks, IoT assets. This is usually done through Oracles, software or hardware “connectors”.

There are a few challenges related to oracles. One is purely practical — you need to find the equipment that would be compatible with your blockchain and integrate smoothly with the automated business process.

Another is trust. The parties need to make sure they trust the external information and have appropriate procedures in place in case this trust is compromised.

While both these challenges with merging blockchain and the rest of the world are manageable, there may be an entirely alternative approach. Smart contracts can be built without blockchain altogether.

Although we got used to the thought that blockchain is going to change our lives, it makes sense to consider whether you really need this technology. For example, large groups of companies can build entire systems of smart contracts and smart corporate regulations for their own internal settlements and operations completely off-chain. The same option could be acceptable for centralized solutions (e.g. platforms) by a more trusted mediator such as a bank.

Blockchain features are more relevant for independent parties’, arm’s length relations (and needless to say that in most cases this would be a private network, not public).

When it comes to implementing smart contracts in anything more than a test project, a question arises: is it legal?

Smart Contracts and the Law

There are a few approaches to smart contracts on the legislative level. Most of the countries don’t make much fuss of the technology. As long as the parties understand what they’re doing, they can agree to automate their contract. After all, margin calls and paid online services are examples of smart-contract-type legal automation. No amendments to laws are required.

And that makes sense. The nature of smart contracts does not limit the possibility of using standard legal concepts that would be applicable to ordinary contracts — good faith, frustration etc.

Some of the countries try to regulate smart contracts or clarify their status. The legislators’ attempts range from (1) considering smart contracts a sub-type of a written contract and setting proprieties of versions between code and natural language and to (2) inventing special definitions and unnecessary rules based on limited understanding of Ethereum whitepaper intro.

So, on average the attitude is generally positive and the automated contracts legal prospects depend mostly on the parties and their lawyers.

There are a few legal models of using smart contracts.

The most straightforward tactic is to have only a smart contract code as a single source of the parties’ arrangements. “Code is Law”. Today, however, it is unlikely that bare code may be close to sufficient in real-world contracts. The parties still need provisions that can hardly be defined or enforced with a formal programming language: e.g. force majeure, assignment, arbitration, etc. Even the simplest ICO algorithms are accompanied by legalese terms and conditions.

This may change in the future when M2M (machine to machine) smart contracts would be common.

Now the most viable method though is a combination of a legal framework in a natural language (i.e. English) and the code. The document, in this case, would include a reference to an identifiable program (for example, blockchain name and a contract address). The code can be supplemented by a description of the logic behind it.

With this architecture, the parties should take care about mechanisms to resolve conflicts between code and text or indications of sensors; testing and monitoring procedures; debugging; situations where the automated rules may be paused or amended, etc.

Different in style, but similar in essence, there is a third approach that I think is going to take off — which is including text in code. This is what smart contracts on Corda blockchain may look now. There is Legal Code in programming language and Legal Prose in a human-readable language. The beauty of this model is consolidating automatic and classic textual rules into one instance.

Legal automation will surely upgrade business efficiency and change the work of lawyers. But how well-grounded are those chills about lawyers who will lose their jobs or have to learn to programme? Let’s see.

Creating a smart contract essentially is just developing a computer program. The perfect team should consist of developers and lawyers (with a basic understanding of the technology). The lawyers’ role together with the tech specialists would be to understand technical limitations and possibilities and develop a legal architecture — what is automated, what the risks are, how they may be mitigated. The programmers in their turn would be in charge of smart contracts development and integrations. These teams may be extended by legal technologists, a new breed of specialists with both legal and technology background who know how legal logic translates into the software.

Meanwhile, start-ups such as Accordproject are working on a system that auto-translates legal documents into smart contracts, simplifying their interpretation by both lawyers and developers.

As we see, lawyers are still there.

To sum up, a smart contract went from hyper hype of exterminating lawyers — to disappointment from useless artificial crypto-only transactions and scam ICOs — to healthy optimism of real business needs for which smart contracts are a great tool.

And they can already be applied.