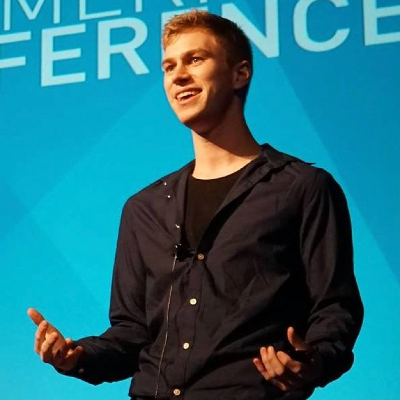 On February 4th, 2004, from his dorm room surrounded by empty pizza boxes and beer bottles, Mark Zuckerberg launched thefacebook.com. We know the story that follows, one of a young prodigy who, through their intellect and initiative, created a service that changed the way we communicate. We praise characters like Zuck, Bezos, Larry & Sergey; as being modern figures of enlightenment. These individuals transformed big ideas into code that ended up in the hands of millions of people across the world, increasing standard of living whether it be through communication, access, or knowledge.

Behind every success story are boring institutions

Yet, less discussed is the foundation that these giants stand on. For example: to build Amazon, Bezos didn’t need to invent the roads or postal service to deliver physical goods to people’s houses. He didn’t need to invent the internet nor start telecommunication companies to deploy the physical wiring into people’s homes. He didn’t invent payment processing, instead relying on the heavy lifting done by credit card processors. Bezos’ ingenuity came from building on top of the institutions built before him, adding that extra 5% of work that launched the era of e-commerce as we know it.

Even Bezos himself understands the foundation he stands on. To give back, at a speech Jeff talks how his rocket company Blue Origin is building reusable rockets to significantly reduce the cost of getting into space, to provide the heavy lifting needed for future companies to get started. While it might seem ridiculous now, he wants to create a foundation that makes it possible for 2 students in a dorm room to create a giant space-company, just like the internet and previous infrastructure prerequisites for Facebook & Amazon.

Institutions underpin the possibilities of a society and different countries have various levels of an “enabling environment” that their citizens begin from. Good institutions are often not thought of: stable currency, low interest loans, incorporating a business, predictable enforcement of legal contracts, accessible investment markets, etc. Yet what’s taken for granted in some countries is not available in others creating material obstacles for social mobility, based on where you live.

At this point, the internet’s impact is self-evident. It rivals the significance of harnessing electricity when compared with it’s daily utility in the modern word. The internet revolutionized communication, bringing voice to the masses. Yet the internet is missing a puzzle piece, a financial or value transfer layer.

When you make a payment online, you aren’t doing that through an internet protocol, but through a business providing a service, like paypal or a credit card processor. For people who have access to these financial services, it appears to make no difference. Yet for people who live beyond the reach of traditional banking, these tools are unavailable. This means that vast pluralities of people are unable to participate in an increasingly global economy. There very well exists an Indian Bezos and Ghanian Zuckerberg, yet these potential success stories have significantly more hurdles to overcome than what is available by default for Americans & Europeans.

Blockchains: institutions in your pocket

In response to institutional failure in 2008, an anonymous developer(s) unleashed this missing puzzle piece to the internet. Satoshi Nakamoto invented Bitcoin underlying the blockchain. Its ingenuity came from taking various different cryptography projects (b-money, hashcash, etc.) and combining them with a governance system that balances power across multiple parties so that the protocol can function and prosper without a centralized party maintaining it. Now the world has universal access to a value transfer protocol. It’s accessible to anyone anywhere with internet, like email, to make transactions without any company being needed to maintain it. The protocol is jurisdiction-agnostic: every user has exactly the same user-experience, no matter where they are in the world.

-  Most people when they hear this.

Traditional financial institutions and our legal systems have been the bedrock of modern economies. It’s a foundation of predictability and stability that we all build on top of. Blockchain creates a foundation for an alternative economy to be built on top. Yet, this new foundation has some fundamental differences in characteristics:

A new toolbelt is being crafted on the internet. This toolbelt allows you to attach the specific tools needed for you to embark into this digital wild west and participate in it's growing alternative economy. Without needing to ask permission, individuals are engaging in peer-to-peer relationships, with these tools giving you access to discovery and match-making in global networks instead of isolated markets run by companies for a fee.

For example: instead of paying Airbnb per use of their proprietary software, we’ll just all run the same software at the same time, connecting securely through a blockchain to avoid cheating. This transforms marketplaces into networks, reducing barrier to entry and listing all available options instead of them being fractionalized in separate siloed databases.
The end goal is to imbue the internet, and everyone on it, with the ability to transfer value of all types. To create an alternative to monolithic institutions with an app-store of niche services that users combine together to fit their specific needs and lifestyle.

For better or for worse, the globalizing internet experiment continues. We’re opening the barn doors without quite knowing what’s inside. Yet, just like the internet, we’ll figure out how to mitigate the negative externalities and amplify the benefits. In doing so, we’re creating a common network of flexible institutions which can be accessed by anyone, anywhere.

The word “revolution” is sensationalizing. It brings up connotations of instability and danger. The better term for blockchain’s approach is: evolution. It’s being built as an alternative to that you have to opt-in to. No one can force you to use bitcoin or ethereum, and for most the utility would not be self-evident.

Yet for individuals in countries like Venezuela, in which their country’s core institutions are failing, there’s been an increase of arbitraging cheap electricity for bitcoin. While this isn’t being done by the masses, the technically savvy are using this global ledger, a global institution, as an alternative to their country’s failing institutions. The coins they mine can be transferred over the internet freely, an advantage for a nation of strict capital controls. These coins can also be stored on a USB stick, which if lost, can be recovered by remembering 24 words, an advantage when your bank and government can seize your accounts at whim. This provides an escape, a bit more stability, to people that not even most banks today can help.

This is not to sensationalize. Not even the most devout crypto-evangelist would move to Venezuela where they could rely exclusively on blockchain institutions for their survival. Evangelists use banks too.

The point is that this technology begins in infancy. Over time, it slowly creates a safety net that prevents anyone in the world from falling below a threshold of exclusion, no matter the local crisis.

As we move towards an increasingly global economy and marketplace, we all benefit from potential customers, employees, and investors having access to a level of consistent stability. While existing institutions keep our complex economic machine running, an alternative is rising from the bottom-up, to catch more and more edge cases.

The purpose of this article was to give some more meaning behind the buzzwords; blockchain, decentralization, trustless, p2p and “be your own bank”. As this alternative economy grows, you’ll be seeing these words more often and this is the perspective of those in “the hype”.

If you work for a large institution, then you hold a great wealth of knowledge. As you come across these crypto-enthusiasts, I hope this article has opened your perspective to how they think. The blockchain industry is in its infancy. It benefits from those building with it to understand the reasonings behind the way the developed world ticks. There are multiple ways to achieve the same results, whether through traditional institutions or new protocols.

Together, we can build safe tools, aware of and take effort to mitigate all the risks, while making these protocols available to the world to use to create whatever they want. That’s how we unleash the next evolution of our economy, when the most complicated institutions become an app you can download in your pocket.